NSL # Rule No. 10 “Personal Transformation is not enough.” 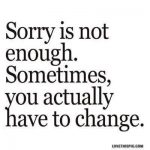 “Enemies making friends!” That is an amazing story. it shows redemption is possible, that reconciliation is not a dream. It can and does happen during the NSL summer, and people who see it think- miracles can happen, that this is indeed amazing work. And when these new friendships thrive as they go home, it must all be a factor for the good.

What most people fail to understand are the constraints Fellows face meeting as equals back in Israel and Palestine. It is illegal for Israelis to go to Palestine-West Bank/Gaza, and Palestinians have no permit to come visit Israel. So the reality that NSL is able to create on a neutral territory without walls and checkpoints and threats of resistance is an anomaly, an exception.

That is the reason we bring Fellows to DC, because what happens here cannot happen there. Sometimes even the Fellows resent being reminded of that. One famous SAIS conference, one of our Gazans dared to speak this truth and it created an uproar- because it ruined the party by shattering the illusion. The Fellows and ourselves and our supporters want so hard to believe that NSL has created a new reality that will be sustained. But how can they, in a war zone?

In many ways, our hopes come true, in that the relationship between the Fellows their Host Families and the wider NSL network does endure. In sociological terms, the social capital that NSL creates every summer is amazing. An Israeli and a Palestinian not only forge a relationship here, sharing a home and work place, but each of them is grafted on to 100 plus supportive relationships in the NSL network. Leadership is about connection and NSL is a great mentoring force for that. From the narrative perspective, the Fellows grow a wider audience to their emerging story as new leaders.

We also believe that the Fellows leave with a new relationship to America and the American story. They now see if from inside and get a better picture of how, for good or bad, the world works with the USA as the dominant power. For 21st century leaders, they must have a global perspective to be truly effective in local affairs.

But the innocent and compelling belief that friendships can change war to peace, or occupation to independence is a stretch, and perhaps burdens the fellows with a theory of change that has little chance of realization, at least right now. What is the point of setting graduates up for failure?

The premise that NSL adopts is that change can only happen when the power equation changes and when the meaning system supporting violence unravels. The relationships between the Fellows need to be relations of mutual influence. They must be experiences where Fellows see how they grow power by sharing it, and that if they build trust with their enemy here, that might slowly change perceptions back home when they emerge to positions of leadership. They will know they do have trustworthy partners for change on the other side.

One alumni who worked in the Prime Ministers Department told us that often he had to challenge policies of discrimination against Palestinians because of his personal experience of Palestinian Fellows on NSL. That is where the relationships created over the summer help change the system

The war system creates an embattled and embittering interface between young Israeli and Palestinians in the region and it is usually one of dominance-submission, occupier-occupied. The Israeli is usually armed and in uniform at a checkpoint or on a house raid, and the Palestinian is usually reduced to “begging permission” to travel in their own territory and constantly under threat. The system creates this hostile relational culture.

NSL brings Fellows to Washington DC and throws them together as equals, and invites them to experiment with creating a new reality, even though we know that it is not real, not true to the system that shaped them. But that is the point. Even one exception is enough to challenge the dominant discourse that says, such relationships are impossible and downright dangerous.