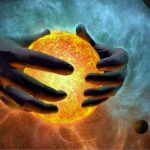 Most programs involving Palestinians and Israelis have adopted the “Dialog” model, where talking and sharing and arguing and resolving is the main process of change. They mould disparate and divided people into a shared experience and hope that this will build a new climate of trust. NSL explores this approach-certainly, but ultimately it is committed to exploring another way.

“Dialog” and “Negotiation” and “Peace” and “Mediation” are all words that have lost their currency in this torrid conflict zone because no matter how heroic and noble these sentiments sound, the real proof of the impact is what happens on the ground. Dialog has not led to negotiation, and high end negotiation training has not led to peace, and peace has not led to successful mediation by any party.

The words and concepts exist in a powerful independent language world that we wish were true and should be true, but somehow, they are more and more detached from any reality. Yet, the conflict resolution industry thrives. The Middle East peace process must be the all time most popular topic for conferences and papers, Masters and PHD’s, and Think Tanks. It seems to be the one cause whose repeated efforts to solve have had the least yield of actually changing anything. Nothing changes in the reality but the story seems to repeat in an endless hypnotic loop. That is the nature of a system of meaning making. The intentions of the players are subverted by the primary purpose of the system which is to sustain itself.

NSL has to ultimately be about changing the meaning that gives new leaders more effective means to affect change. its about praxis. That creates a whole different set of questions. In other words, the story of how to solve the problem has to change. These old stories create a system of victims and blame, allowing everyone to escape accountability. No one is allowed to be an agent in their own story.

With the Project For Change, NSL wants to stir action, commitment, energy and sweat. If you are an agent of change, prove it. Enact that story where you can stand up to audiences in DC and say, even though this is what we had to suffer or endure, we decided we had to do something and we launched a project teaching orphans in Gaza english, or establishing the first boxing gym or training mid level diplomats in mediation.

If Fellows testify that they all had a great experience in Washington, we might think the efforts were worth it. But that response does not prove much. If we brought 10 random Americans to DC for a summer like NSL, they would surely enjoy it too. The stakes for NSL could not be higher.

This is not about accelerating people’s careers so much as saving lives. We have got to see something change on the ground. Otherwise we are allowing our language games to create an alternative and independent world. That is why we insist that candidates prove they can change things, even before we select them. NSL demands that Fellows act out of a new story even before they embark on their journey to Washington.