NSL Rule # No. 2 “You are either part of the problem Or part of the solution. You cannot be neutral And every excuse is a choice.” 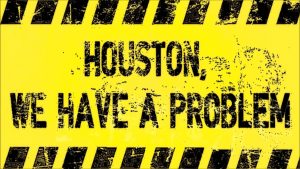 This saying grew out of the Northern Ireland work where, like most people caught in ” the Troubles,” their strategy of survival was to not get involved, to shy away, keep your head down, leave it to others to bear the burden and find a solution. It makes sense but fact is- nothing changes.

The old saying is true – that “All evil needs to triumph is for good people to do nothing.”

In NSL’s method, the role of the leader is first of all, to take a stand. That way, people know your values, and where you want to lead them-There is compromise- yes of course, but there is also conscience- and they cannot be confused. If one sells one’s conscience to gain power, then people sense that you will sell them out too, when push comes to shove.

A leader takes a stand to be on the side of solving the problem, and understands that neutrality is a cop out, and that an excuse is a losers way of blaming someone or something else.

Israel and Palestine is a problem saturated story, and excuses abound from every side. People mention compromise but no one mentions ‘conscience.’ And because the old story needs us as an audience to keep it alive, no one admits another c-word: complicity.

When Fellows come to DC and ask NSL- When can we talk about the “real issues”, we reply, “If that was the way to solve it, then 70 years of discussing the “real” issues surely would have got us there.” But so called “facilitated dialog” on “duelling narratives” can become a narrative trick- whereby a story with the title “Paths to Peace” spends 99% of its time rehashing the ways that the enemy has provoked war. Too many Middle East activists keep on recreating this community of blame and excuse. it’s a dead end. Just look at the record.

If a problem persists despite spirited attempts to solve it, chances are that there are hidden patterns we have created that perpetuate it. Part of that pattern is one of self-deception whereby we develop language games to deceive even ourselves. “Peace Talks”- “Two State Solution,” “Occupation,” “Negotiations,” Settlements, Road Maps, Oslo Accords, Separation Walls, etc are now ciphers for something else. Words are hollowed out. No one believes them anymore.

When “the problem” has the starring role of the narrative, as it does in the way we talk about Israel Palestine, we have to realize we too are part of the problem. We have no one to blame. We have no excuse.

NSL wants to lead, and take a stand- we are not going to subscribe to practices that reproduce the deadly discourse of division. People will attack us, invite us into this hate and blame game, challenge our motives, but we know that its like tennis- if you don’t return the volley, there is no game to play. This takes restraint and prayer. It takes loving your enemy enough to refuse to believe he is one.

And it takes a conversion of heart and courage. NSL seeks to gather a community of conscience that is willing to own up to our complicity, to take a stand, not pick a side. We are not a community of blame and excuse. We sign on to be part of the solution. We disavow being neutral. We refuse to make excuses.

You are either part of the problem
or part of the solution
you cannot be neutral
and every excuse is a choice.