NSL # Rule No. 6 ” The first act of liberation for any oppressed people is for them to grab back their story.” ( Echoing Barbara Myerhoff) 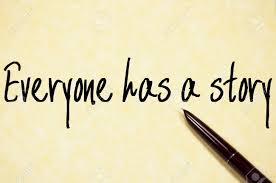 NSL explains its practice as the implementation of a narrative ethic whose principles include:

In most war zones, the narrative machine works relentlessly to gain and retain control over whose story gets told and by whom. The enemy ‘other’ must not only be rendered voiceless by assassination, imprisonment and banishment, but all efforts must be made to kill the memory. Demolish the towns, make them national parks, change the names, destroy the archives, raze the museums, kill the poets, the professors, and the story keepers. That way, one can erase the title that a dispossessed people can only claim through memory. We see contemporary examples of how in Turkey, to say Armenian genocide is a crime, or in Poland, owning any Polish role in Holocaust is unlawful, or in Israel, to mention the Nakba.

Victors know that to win the story wars, they must also ruthlessly establish their narrative of dominance as the only true history. They must raise museums and monuments to honor the mythic heroes and their triumphs. Add to these some regular rituals and feasts for the martyrs of the motherland, memorial holidays, and export their narrative any chance they can. Nation building is a huge task of myth building. Think our own Columbus or Pilgrim fathers narrative.

If any voice dares to challenge the authoritative view, you shut them down with merciless and ceaseless attacks. Enact laws to criminalize criticism and lock out the protesters. Build Nixonian Enemy Lists (like Canary) and monitor every professor who dares to teach students to think critically, and enforce an Inquisition to name the heretics.

Shut down the alternative story, whatever way you can. Deny the enemy any chance to make his case, but be sure to say that this is all in the cause of “wanting peace.” Explain you are only fighting incitement, preserving the “true faith.” Be outraged by any criticism and label it as racism. “They hate us because of our color or our creed or our race”, not because of any government policies. If you oppose President bush bombing Iraq, you must hate all Americans. The fact most Americans did too does not matter. Shut the critics down.

If it works, you have ensured that all your enemy is left to appeal to is- for pity’s sake. if you can get people to pity your enemy, the sympathizers for their side are secretly on your side. You have succeeded in rendering your victim’s pleas pathetic.

That is the way of war- every war, also called narrative cleansing. Kill the enemy-yes, but even more importantly, erase their story.

How does one counter this?

Barbara Myerhoff was working with elderly Jewish survivors of the Holocaust in a Florida nursing home when she discovered how empowering it was for them to resist their own erasure by telling their own stories. Telling your story, she said, was a claim on power. More than just remaining silent, it says ‘I can decide in the end what my life means.” Power will not have the final word. “I am more than a Holocaust survivor,” these elders insisted. We have a life to celebrate.

That is the method that NSL practices. The witness of the victim becomes an accusation against the oppressor. At the same time, it is an invitation to being heard as a fellow human being. Listening is the primary act that gives the victim back their humanity. But Listening is a dangerous act of vulnerability. If the stories are told right, they can crash through the highest walls of prejudice and hate. If they are told wrong, or if there is no true listening, then stories become hand grenades. NSL is risky business.

In this war system of Israel Palestine, the war of stories systematically breaches the narrative ethic. Voices are silenced- stolen, storied out and storied over. We aim to change that.

When young Israeli and Palestinian witnesses stand up in Congress or at the State Department, and together share their personal testimony, they are enacting resistance- making a claim that its their story first and foremost, not J-Street or AIPAC’s or Sabeel or JVP or even the Secretary of State’s or the Presidents.

Lobbyists, academics and think tanks have largely appropriated the Middle East story for their own ends. NSL declares its time for the people of the book to get back in their story. When they rediscover their voice, when they win a hearing, they will grow a power base here that sends a message loud and clear “Don’t you dare talk about us without us.”

Then policies here will truly become more effective because they are informed and impartial, the product of a deeper and more respectful listening.