Noah’s Ark saved the world- What story will save ours?

The times seem out of joint.

And once I say that, lines from Yeats jump into my head.

..Things fall apart; the centre cannot hold;
Mere anarchy is loosed upon the world,
The blood-dimmed tide is loosed, and everywhere
The ceremony of innocence is drowned;
The best lack all conviction, while the worst
Are full of passionate intensity.

We grapple with the question-“Have we been here before?” and if we have, how did we cope? What the recent history of SARS and Ebola tells us is that we did cope, and our success taught us we had nothing to fear about failure. This leaves us in unchartered waters. The catastrophe is coming. No one will stop it. The burning quesiton seems to be, Will we survive it?

As I return from the Chevy Chase grocery just now,  I am forced to line up outside to keep my distance and only allowed in to get milk and juice when the shop has space for separation. They have turned my anxiety into their strategy. Some smile through their masks. Everyone looks befuddled, embarassed, and some even bemused.  I tell myself, OK, that makes sense. This too shall pass. But another inner voice says- not so fast.

I remind myself that in 25 years, I have never had to do this.  Never. Even after 9-11, people were coming together to share their shock and grief. Right now, we line up to collect hand sanitizer bottles that we have pre-ordered like a Christmas ham, and slink back to our homes, to contend with this unseasonal advent of waiting for that which is to come.

Nothing like this has happened in our lifetimes. Even my late parents who lived through the darkest days of World War II would not recognize how a virus is holding us to ransom. Hitler or Stalin, or Cold War, or even anthrax, for sure.  But COVID19? Try putting that on a wanted poster.

When life hits us hard with what is unprecedented, we have to fall back on our cultural memory.  What did we learn from the Greeks and the Romans? Once we look, we discover that the foundation myths of  our so called “civilization” are essentially stories of  war and catastrophe.  Gods are always sending lightning or changing people into monsters or raping and pillaging. Even earlier than these traditions, we go way back to Gilgamesh and the Flood. They all speak of a world that was destroyed before it came back to life. 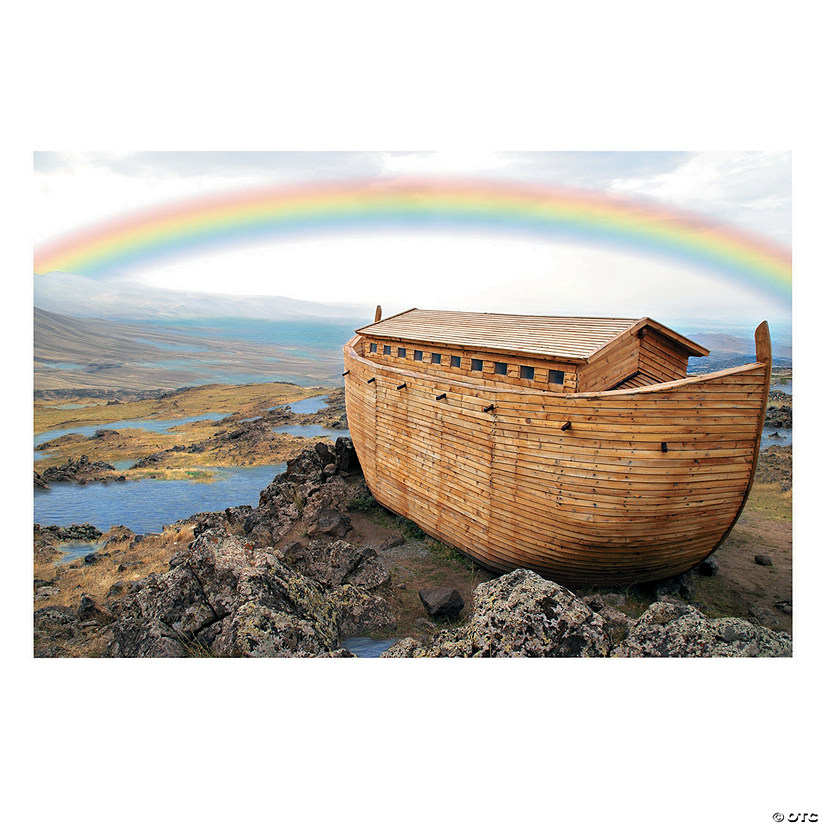 Noah was the Man back then. God gave him an inside tip to start building an Ark. I wonder if he sold his shares too, or bought stocks in life preservers. The FEMA of the day might have built us all rafts had they any supply left from China, but this Babylonian story accepts the destruction of the world as inevitable. God had decided to start all over again, and all he needed was a remnant to survive. When the water subsided, he could repopulate the earth. Catastrophe was God’s hand sanitizer, to clean up this mess of a world so polluted with sin. It was the divine method of social distancing.

That story has a happy ending. So Hollywood!  God sends a rainbow  right out of the Wizard of Oz  to seal a new covenant with the earth promising he will never destroy it again. When he gets mad, he will still send plagues and storms and endless budget meetings, but he won’t try and drown us all again. Phew!

What saved humans in the story was knowing that they had to let go. They had to free themselves of all encumbrances and embrace a fresh start to life.  No time to think of saving your investments or your house. No time to even think of saving your own skin, especially if you were old.  Mind you, Noah was 500 years old then. What he was saving was life on earth. He chose to build an Ark to float above the destruction.

If our culture has preserved that story in its many traditions, one might think there was a reason serving some evolutionary logic. When you are faced with a catastrophe, build an Ark,  ignore the critics, get a team, and two by two, go aboard and wait for the rain to stop. And bring clean and unclean animals.  That feels true to exactly what we are all doing.  But what else? Where is the Ark? Who are our team? Where are the young who will create the new life that is only possible post-catastrophe? They are on Spring Break. And where the heck is Noah?

The story of the Ark is meant to act like the Ark itself, as a memory that floats somewhere deep back in the unconscious of our humnanity, and yet, is still there available as our “Go To” reference for catastrophe. It is a story that is meant to save us. That is why we saved it.

Noah’s Ark reminds us to be more mindful of what kinds of stories we need to be telling ourselves right now to survive the Flood. If the Ark is such a story, what is the modern equivalent?

Over 40 days, the infections have risen and risen, and now people are dying, and no one is saying we can stop it. Yet no one is building an Ark and Noah has yet to appear.

Leaders are offering us all kind of  bland reassurances,  miracle cures, untested drugs they have a gut feeling will work, or superstitions about copper or hot water or the sun. The White House unknowingly is rewriting two books- Joan Didion’s “A Year of Magical Thinking” and Chris  Koch’s “A Year of Living Dangerously.”  Neither of them end well.

But The Flood is coming.

Lets build the Ark. Let’s pick our team. Bob and Lynn and Mary and Ahmed and Alpha and Mary and Karam and Funa and Philip and……..  Let’s find a Noah.  And

tell the Noah Story and any other stories that our species has remembered for just this moment of testing.

Culture exists as the ‘Go To’ resource when something happens outside of our experience and to specifically remind us that there is nothing that can happen that is outside our humanity. Our  2020 anxiety does not define the human experience. How presumptive of us to think that way.

Noah’s Ark is not just the story of how to save the world. It’s the story that saved the world. Time to find ours.