Hate is the laziest way to interpret the world 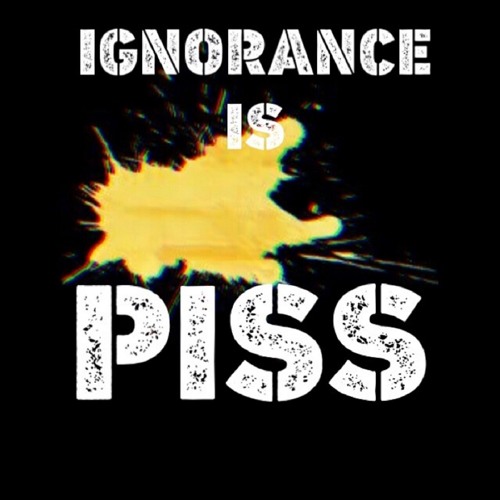 When 9-11 happened, our leaders decided that the easiest explanation was that these attackers were Muslim fanatics, that they came from a heart of darkness and that they acted out of gratuitous hatred for everything that America and the West stood for. Nothing else could explain their unreasoning rage because this was a battle of Good versus Evil. This had to be joined at the moral hinge of human understanding. It was beyond the political. Such a certain conclusion had other dire consequences.

If we were good and they were evil, we could torture and deport and deprive these evil people and people like them of every human right. Our innate virtue would redeem whatever we did. But we were deluded.  Al Gharib and  Guantanamo Bay will share  the notoriety of  Auschwitz and Belsen-Bergen in the history of terror. The evil we did fighting for the triumph of good is even worse because we pretended to uphold the rule of law. As if a John Yoo memo could make torture into “enhanced interrogation” and no one would see the self- deception.

Anyone asking if there might have been some provocation for 9-11 was verboten. Was it connected to American involvement in Afghanistan and empowering the Mujahadin like former freedom fighter, Osama Bin Laden? To even ask the question was showing disloyalty. When we are attacked, we have to stick together in our shared sense of outrage. Asking questions is to be open to the possibility that there might be some logical explanation, one we might well need to understand if we we were to successfully counter what provoked the attack.

Moral certainty is the death of curiosity. It is lazy, because we can blame the

devil for the details, and walk away with the sweet smell of innocence. Our lazy moral judgment not only prevents any rational response but leads us to double down on the reasons the terrorists gave for being so motivated to become suicide bombers. It was the West’s invasion and intrigue in the Middle East that lit the fire. And we decided that our reply was to invade and intrigue more. We gave even more reason for the next generation of terrorists that we helped recruit and whom we had to face in Afghanistan and Iraq. How lazy and irresponsible we were. Our ignorance was deadly.

We were humiliated in Afghanistan. There is no other way round it.  We had to retreat and hand back the nation to those we tried to destroy, the very government that had harbored Al Qaeda. Did we as a nation manage enough shame about all of that? We not only lost the war but we had to surrender, as if we were handing Pearl Harbor to the Japanese and saying, sorry for the bother. Clearly shame is not in our repertoire because here we are again, taking the same lazy way out.

No one excuses Russia and its flagrant violation of territorial integrity. That much is clear. But while we cannot offer excuse, we must try to understand. Explanation and excuse are not the same thing. The media circus right now is so Ukraine saturated that we are not even invited to ask the question as to why Russia or Putin would do this. It seems disloyal.  By dismissing him as both evil and mad, we have got lazy again. For us, Russia is evil and the actions spring from an evil man, not from a dark history that implicates us. For instance, in 1918, the American Army were at war with Russia- killing the Bolsheviks. Russia has no reason to have fond memories of America. After giving up 20 million dead, we owe them big time for the liberation of Europe and ending World War Two. The way we tell the story, you would never suspect that. When Putin says the West does not pay enough respect to Russia, he is absolutely right.

Retaining our sense of innocence requires some necessary lies. I mean, our epic of freedom is built on slavery and Columbus’s epic of discovery is built on genocide. But innocence is too important to besmirch, and we must cling to it at all costs. Otherwise, we lose our sense of our selves as decent human beings.

Russia is using the wrong means because war solves anything. But the more we take sides, the more we defend Ukraine as this singular vessel of virtue and dismiss Russia as the instrument of pure malice, we make ourselves part of the problem. This is a European conflict. What gives us any claim to resolves it other than we and NATO have the biggest guns? Russia and Ukraine have a long and tortured history that they need to resolve themselves without us tipping the scales because it makes political advantage for our leaders. 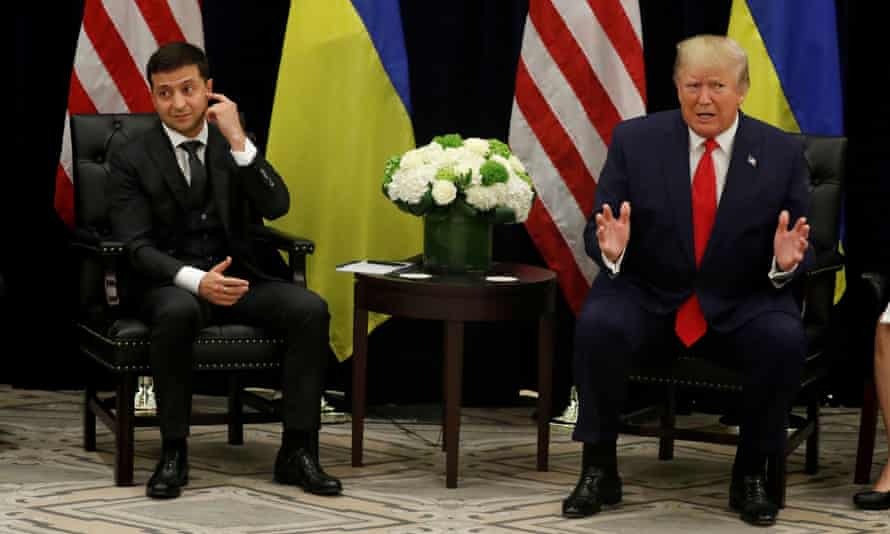 The media seem to presume we care deeply about Ukraine, but I am sure that is news to the Ukrainians who knew, until a week ago, they were totally expendable, bribable and usable. The last President tried to bribe us and the current President is using us to show off to his local audience that he can be the strong man.

People see evil as a result of a dark heart, but that is simplistic. Evil arises out of a dark history. Putin was born four years after the siege of Leningrad but lost a brother in that sorry time  where Russians were forced to eat rats to survive. The USSR won World War 2 for the west. It’s armies defeated Hitler and we were a strong support act. But we exaggerate our claim to an American led victory that belongs more to the USSR than to us. You can imagine how that enrages them. Go to our WW2 memorial in DC and try and find any mention of allies who won the war with us?

Zelensky’s grandparents and their brothers also fought for the USSR against Hitler’s armies and only one came home alive.  These are two antagonists. How do we dare to even begin to understand that dynamic. But we jump in, take sides, casting Russia to play the part of the evil one, because we are just too damned lazy to learn that Putin is acting out of a dark history that only looks evil because of our ignorance and our bellicose realpolitik.

We are picking  a fight with someone who will fight to the death, and we totally fail to weigh our actions and their impact on Russia. This is not about Putin. This is about Russia. Why would we allow one man to determine their fate. But because it is CNN’s new OJ Simpson cover to cover show, we are not going to be hearing anything other than our self-righteous, ignorant and totally self serving coverage. When Putin pushes the button on the nuclear rockets heading for DC and Chicago, and we ask ourselves, how could he do such a madness, we need to be asking, how could we provoke that madman into such insanity.

When you see an armed and disturbed man on the street fearing any stranger, you know not to confront so as to provoke. But Putin thinks that the West is totally against Russia and nothing we have done so far has disproven that. And what has he got to lose? He has seen us do what he expects, and even if he goes down, he is happy to die knowing how much damage he can do to us. And we know that. And it still does not stop us. 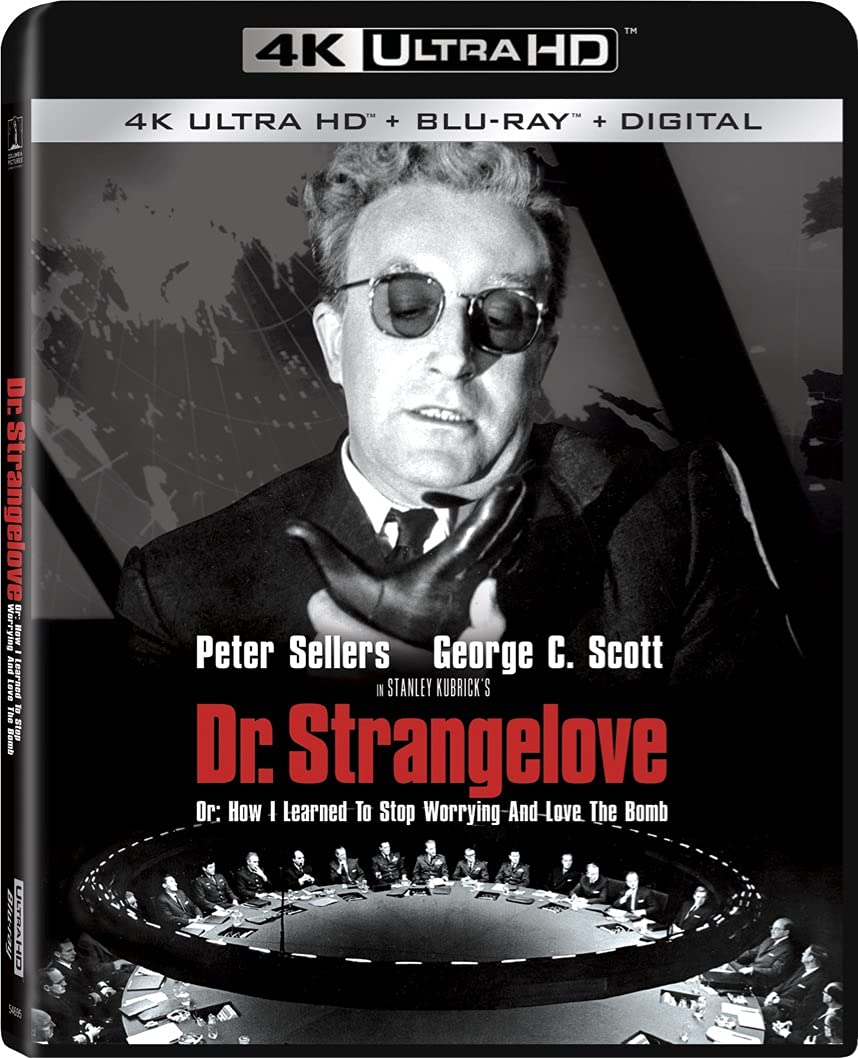 Bring on the conflagration. We brought this on ourselves. He is mad, but that is no reason for us to act the same way. He has a grudge and wants something for Mother Russia  that Ukraine threatens. How could we dare to pretend to explain that? If we are to serve any real role, we must go to Ukraine and Russia and offer some way out, an off ramp. All we are doing now is giving Russia more and more reason to double down and take the risks. We might all be annihilated in the Third World War, but there will be one difference. Putin will die happy because he has made us suffer and we will die befuddled not because we were wrong but because we were lazy. We played the stupid priest moralizing when we should have played the statesman sagely weighing issues and interests. Sadly, statesmen no longer exist.