The world of work is made of boards and bricks, but
The world of meaning is built of stories, a billion miles thick.

The first relies on strong material means.
The second relies only on meaning and on memes.

Why we build something, a house, or a nation,
even a resistance movement to an occupation,
is because it is a means to some meaning,
and if it has meaning, it has power that endures,
serving up to life an insistence deeper than mere existence. 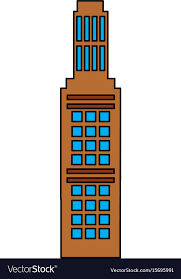 The narrative way is to start looking at the world quite differently,
To see it made up of stories, repeated, intertwined, re-enforced, so contradictorily,
The smaller ones built inside the shelter of the larger ones.
Disrupt the faithful’s story of God and their world is undone.
Disprove the conspiracists story of secret codes, and all the mystery is gone.

Imagine seeing your world this way- as a storehouse  of stories, storified from floor to ceilings,
As a construction of meanings, that stand tall like a ten-storey building.
You are only “You” because
“You” show up as You in the stories you tell,
and the stories others tell, wishing you ill or well.

You remain “You” only because you remember the stories of  ‘You’ back then,
and you carry stories of the hopes of what, “You” will become, some day, when.
You are stories, inside out and outside in,
lose draw or win,
before and after,
here, and hereafter.

So too, Your nation is not a land or a people who just happen to meet,
but a story that makes the land speak.
A story that gives your people a voice.
And with that voice comes the fateful choice.
What stories will you build your home out of?
What memories to keep? what memories to silence the very sound of?

If the world, as Terry Pratchett says, is made of Narrativium,
Physics tells us the world is eternal Gravativium,
that nothing is always the same.
When you marry narrative to physics, Einstein to Shakespeare.
We discover the fundamental story of reality is never tame,
it is always and forever the story of change,
making life a predictably unpredictable  game.

That is how our reality shows up, in fire and flood and in the force for freedom.
A narrative view of life gives these shifting moments of life staying power if we seize them.
Swimming in the flow – we must never get stuck, or hear ourselves say
“Things can never change”
because usually things have already gone south,
before those words fly out of our mouth.

The first path is carved by poets and singers, authors and filmmakers, dancers and artistes,
Like Van Gogh showing us sunflowers in gold, as if we had never seen such bliss,
Artists change our eyes.
Like Beethoven whose 9th Symphony, “Ode To Joy,” composed when he was deaf and in fear.
Gave us new ears.
Those who change us change the way we listen,
who insist that it is not the stories we listen to, but the stories we listen through.
They change the world.
Perhaps that is your calling in what is about to unfurl.
Your most powerful Stories can change the listening,
like Jesus, Moses or the Prophet, under whose narrative conditioning,
we all still live.

The second path is dug by builders and climbers and activists, through sweat and blood and heavy lifting,
Who build the Panama Canal, fly rockets to the moon, who discover insulin, who are shape shifting,
who will not wait for experts to validate their impossible vision,
but, in the face of unbelief,  invent a new world facing down derision,
who impatiently defy the world to ‘Catch up, or die,’
the protesters in Selma, the suffragettes who flood the streets with liberation’s  cry,
The Marjory Stoneman survivors who walk out of school and chose protest over compliance, defiance over silence.
How many people have changed the world so far ahead of what the world understands or even  pays attention to,
And whose story is told as the future of the many, that was created by the few.
A new future for the Middle East in 2052 could somehow begin in 2022 here -fascinating,
and it only survived because no one knew, Shhh!!!  or they would stop it from happening.

There is more of your future in this present now, than there is in your future somehow.
So Seize it. Not “Carpe Diem” for today is already a bust, but “Carpe Cras,” tomorrow’s must.

If the story is old and stuck and full of No’s and Nevers and How Dare You’s,
Then quietly get to work, roll up your sleeve, do not wait, hesitate or refuse.
Act in the world, and act on the world so reality must respond- it has no choice.
Even if the nay saying remains the same in all those  negatively echoing voices
“Praxis”, as Karl said, your job is not to analyze things but to change them.
Not rearrange them, not constrain them, not entertain them, f….g change them. ( Marx swearing is my translation)

You are here to create a new story, and a new world, for posterity,

You have no army, You have no fortune, You have no authority, you are not even a majority.
Selected maybe, but not elected and no one anointed you,
You are not the messiah, no matter what your mother thinks is true.
All you have is the energy of your youth,
And the story you can create and live here in truth
that reveals a new world slowly being born, so long overdue,
And an old world dying, so long overspent among the chosen few.
It’s Your Time. Not ours- Yours. To See and To Do.

You may not see it happen now, not in Nancy’s backyard,
You may believe it is just a new deck reshuffling the same old cards,
But if you are open to this challenge here,
If you are ready to listen with new ears
And see with new eyes
Then, you may have changed your skies
And if you can change heaven, even by a glance,
The old world no longer holds any romance, giving
the new world its chance to dance.

If you have come to defend the old story with rigid fidelity,
If you get triggered by challenges that seem to contradict the sacred ground of your reality,
That threaten to turn your pride in history into nothing but shamble, shame and blues,
Remember you are just a story, the story you were born into. Now you get to chose.
You may as well join the club- The USA is in the middle of that same fiery rebirth, of bursting the bubble, of naming the trouble.
If the key stories we based our nations on, turned out to be lies,
then our whole notion of truth must change or die.
Face it- Don’t Erase it- Embrace it, Don’t underestimate it.

If the ones who cherished freedom most were not Jefferson and  Madison, their words so preserved in the archive,
but the human beings they enslaved, and whose fight for freedom kept America alive,
by holding their nation to its promise to live up to what it says,
Through civil war and Jim Crow and the many George Floyds, tortured till dead,
Then freedom is owned by the slave, from whom it was denied.
And liberation is owned by the occupied.
And equality belongs to those who own it with their struggle and tears, not their oppressors’ fury and fears.
The meek shall inherit the earth because they alone have let themselves be taught by her.

Power returns to the world but in reverse, as “we the people” take it back.
You are here as part of that revolution, as walls collapse into the dust and cracks
Because the story of power is the power of the story,
And that is your singular path, to disaster or glory.

Israel and Palestine too need a whole different start,
like us, to undo the beginning and in making whole, heal the parts.
But before you change the world, start here where you are.
Because the San Andreas Fault runs through all our hearts.
What are you going to do to change in you
what you need to change in them, to allow the mutual mending of
Those invisible prejudices which we all keep defending.

This is the story, and this is its beginning,
You did not come here to be losing or winning.
But so let that new story begin, around this table,
Not a lie or a myth or a fable, but that
Once Upon a time, 9 people came to DC
And this is what they came to learn and see.

Story, Power, can Change a nation
these three things, the trinity of transformation
Its About story’s power for Change
That is its order and that is its range.

1. Grab back your story
2. Tell it to compel people to listen
3. Gather a community of witnesses to tell it with you
4. Learn the power of telling the story together
5. Use that power to change the unchangeable

Welcome to the Narrative Method.