O what a show. 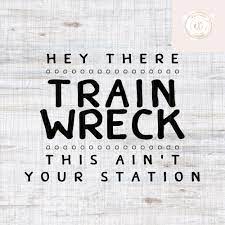 Welcome to the 118th Congress. What a show!  And what amazing timing. Two years to the night, the members meet to empanel a new Congress as their way of remembering the January 6th, 2021 attempt to disrupt the orderly transfer of power.

One would be forgiven to suspect that for some members, the agenda was exactly the same. Create chaos. Build a platform to perform grievance politics. Denounce the system, attack the character of your opponent for not being “true” and “pure.” Then show statesmanlike principle by declaring “No Compromise” and “Never Surrender,” just before you saddle up to the clerk’s desk to change your vote.

Conviction is reduced to the cynical exercise of “make your point” and then move on to your next rhetorical flourish.  All show and no substance, but  as far as the ratings go, what a show.  I could not drag myself away. Congress has never looked so Netflix ready. “Democracy” in action. But did we vote these people into office to behave like this?

With no rules, C-Span cameras were allowed to roam at will, and show us the spectacle unedited, raw, in the heat of the moment.  The dignity of members was reduced to a Friday night, over-boozed tailgating crowd. “You dirty rat,” screams GOP Rogers, “You’ll pay for this.” “Don’t do it, Mike!  Calm down!” And in the midst, phone calls from a certain DT being shared around the circle of rebels.  Or was it ET saying “Phone home.” Up the front, the only calm presence coming from the clerk, Cheryl Johnston, who restored some semblance of sanity amidst the madness.

The cliché being thrown around was that “democracy is messy” but that is hardly the word.  My kid’s room is messy. With some urging from me or his Mom, he will clean it up. There is a better metaphor. Congress is a train wreck. And the 118th Congress hasn’t even left the station.