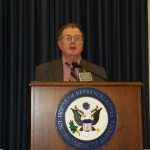 Paul Costello, Founder, and Executive Director of Storywise, is a pioneer in narrative theory and practice, having studied with Michael White, the father of narrative therapy. In addition to writing and teaching, Paul directed the Washington-Ireland Program from 1998-2008 and founded the South Africa Washington International Program in 2006. When he stepped down from these roles, he received public recognition from the US Congress and the Northern Ireland Assembly for his contribution to building a new story for Northern Ireland and discovering in the process, a powerful narrative way of peace-building.

From 2009-2020, he applied the same method to the Middle East, in founding a new narrative program called New Story Leadership for young Palestinian and Israeli students. This latest project is the perfect laboratory to test the ideas and practices of CNS. He is also writing and teaching and eager to share the findings of his latest 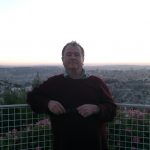 research. He has worked with NASA, the US Department of Treasury, Lockheed Martin, and been guest lecturer at universities and colleges across the world. Currently he serves the local community as Director of Project CHANGE, Montgomery County Maryland’s oldest AmeriCorps program.