NSL # Rule No 17 “If the story is mis-formed, everything that follows is so misinformed that facts lie.” 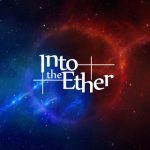 Isaac Newton had some great ideas like gravity, and some that were a little weird. One was “ether” that explained transmission of light and energy and germs. When people got sick, the “ether” carried the disease and so one went to the mountains or the beach where the air was purer. The story formed the way the facts got lined up. After a few centuries, no one could ever prove “ether” existed. As an explanation, the facts kept pointing to something else. Later someone discovered germs and washing hands and sneezing. “Ether” was a story infection of the mind that blinded us to seeing what caused the infection of the body. Even now in our language, something that is “etherial” is usually something that transports you to an unprovable reality.

When you start with the wrong story, though the facts be true, they get fitted into a false narrative which makes the facts lie. Lets take a few notorious examples.

After 9-11, the President determined that this was the opening salvo on a war of good versus bad, and that the axis of evil had to be stopped. It was a clash of civilizations and the attack was because they hate our freedom and our values. If that is how the President formed the story of the attack, it formed the story of nation’s disastrous response. Attacking people with the wrong understanding of how we trigger their hostility makes us prone to creating the very enemy we fear. The surest way to make an enemy is to treat somebody as one.

Once the story was formed, the facts served as willing tools of the conspiracy. The Story filled in the gaps we did not know, and made the facts we did know into lies. They were made to mean what they could never mean. Secretary of State Colm Powell at the UN showed Saddam Hussein’s trucks moving nuclear missiles, when it was a caravan for launching weather balloons. it was all hot air. Fake news is what governments are specialists at. The media are only just catching up. President Trump is right, but his beef is that networks now do it better than he does.

Israel and Palestine in 1948 was a civil war
that was not a ciivl war,
over an underpopulated land
that was well populated with 700,000 plus diverse inhabitants,
for the right of return of Jewish people
who had never been to Palestine ever, but who were given rights to settle over the rights of the indigenous peoples, who had lived there for 100’s if not thousands of years. (Philistines sounds suspiciously like Palestinians).

This all takes place because the Bible said that this was their land, given by God who curiously, started off being Jewish and then Christian and then Muslim. When God was asked to produce validating evidence supporting the promise, he just said, read my books. I don’t do book signings these days.

1948 was storied as the triumphant return of the exodus people to a “nation” they had won and lost 2000 years before, ( Kings David and Solomon ruled a united kingdom for 80 years, the bible says) and whose passover memory had become a dominant myth in the dominant faith, Christianity. For the dispossessed local Arab people, it was like a pogrom, a ghettoization of them as a people, set apart because of their race. They were not the chosen race, so they did not have rights to the promised land that they had lived in all their lives. That might have sounded a totally familiar story to their conquerors, had these refugees remembered what they had barely survived a few years before. But the creation of a new nation needs a certain sort of selective remembering and forgetting.

This conflict, like most conflicts, is fought in pursuit of untruths. It is hard to name one war fought over what was truly true. WWi, WWII, Vietnam, Korea, Afghanistan, Iraq-none of the core rationales for starting the killing proved to be true in the end. Yet lies acted upon have a way of becoming true. This story of righteousness and legitimacy is core to building support for your cause.

In our Middle East case study, what happens if the story is all wrong from the start. Once the story is formed, pretending to be true, but propagating only a partisan view, inconvenient facts are not allowed to speak for themselves with all their untidy contradictions. What if some land selling Arabs saw profit in the Zionist project and some of the most prominent Jews strongly opposed it? What if the Western Wall is the remnant of a Temple built by Herod whose mother was Arab? What if early Zionists considered building a Holy Land in Africa? What if the Middle East is the product of empires intrigue, and despite the myths, not the liberation struggles of any one people? What if Israelis and Palestinians are both anciently semitic and yet, both distinctly modern inventions?

When we smooth out the plot to make it coherent, as we must in war, we have a mis-formed story that makes us and everything else we think we know misinformed. We speak true lies.

Taking this approach, NSL sees little value in arguing over the facts, or whose version of affairs matters or which is truly true. What we need to do is ask,
How is the current way we are telling the story contributing to the war?
What stories do we need to stop telling?
What stories do we need to start telling?
What story is the “ether” of Israel Palestine?
What story form will allow us to better apprehend the reality?
How do we re-form the story so we are all better informed?
How do we allow the facts to reveal the complex and contradictory patterns that we will not see when all we see is Newton’s “ether.”

The facts point away, but we keep fixated on what is not there. If the story is mis-formed, everything else is misinformed.