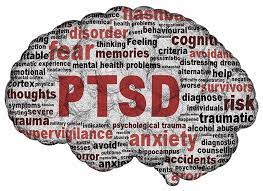 Marx once said that history repeats itself, first as tragedy and later as farce. If only?

Modern consciousness seems to have decided that if history returns, it returns mostly as trauma, and this trauma treats the corrosive affects of history as eternal. Once scarred, we must embark on a lifetime of recovery and redemption. Our present cannot escape. It will always and forever remain the casualty of it’s past. The future is nothing more than a 12 step program. We teach trauma informed teaching- trauma informed therapy- trauma informed coaching. Trauma is informing just about everything.  After 9-11 and Black Lives Matter, George Floyd and COVID,  Trump and January 6th, you could almost guess that 2001-2021 will be called the Age of Trauma. Instead of the Roaring Twenties, we are well on our way to the Traumatizing 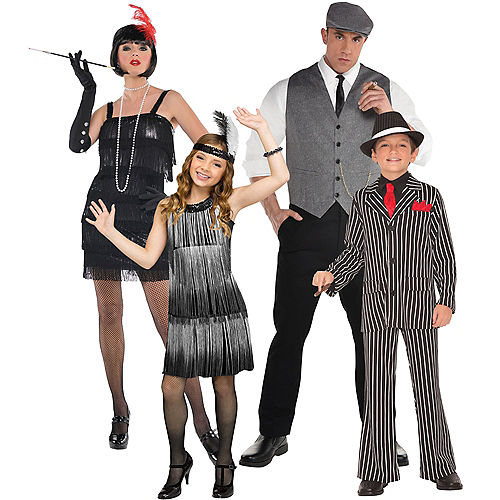 Twenties. How times have changed?

If your religious funny bone says you have heard that plotline somewhere before, you might be right. It does indeed echo the Christian story of- Fall to Passion-to Resurrection. The star of the story is the “passion”, the “Suffering,” which trauma wants to spotlight as the experience that defines our surviving humanity. The struggle is significant not because of the future that we endured it for, and later lived into, but the torture we went through, the pain, the “never to be forgotten” humiliation, the wound, which is what τραύμα “Trauma,” in pure medical terms, means.

To suggest that there can be mental and emotional scars on the psyche that are like the physical wounds on the body is a great feat of imagination, poetic even, delivering a great metaphor. It seems however that the metaphor has migrated, as Susan Sontag was wont to point out, into a specific illness. Sontag wrote that cancer became an overused metaphor of industrial society. PTSD now repays the favor, as the metaphor τραύμα becomes an illness, and this illness has metastasized. The Manual DSM V gives us a broad catalogue of symptoms so that insurance companies can pay therapists for treating patients. One set suggests that trauma is best characterized by flash backs and the startle affect, the hyper vigilance caused by the event recurring or being triggered by light or a door rapidly closing or closing too loudly, and in dreams and night sweats. The event creates an echo chamber down the corridor of time such that one is never rid of it’s haunting. As expert Van Der Kolk describes of returning veterans, these behaviors are real enough.

But equally there are another set of symptoms for trauma that indicate signs of total avoidance, that the event is nowhere to be seen, felt or remembered and that the person defiantly refuses to revisit it or even talk about it. That too can be PTSD. Then, of course, you can imagine the combination of symptoms where on Monday, you want to talk and on Wednesday, you clam up. The absurdity reveals itself in the contradiction. Each and all combinations up to a total of 636,120 of these can be classed as trauma or trauma related. Trauma becomes a lottery that everyone wins.

If you have a cold, there is a reliable set of symptoms. You cannot have a cold if you both 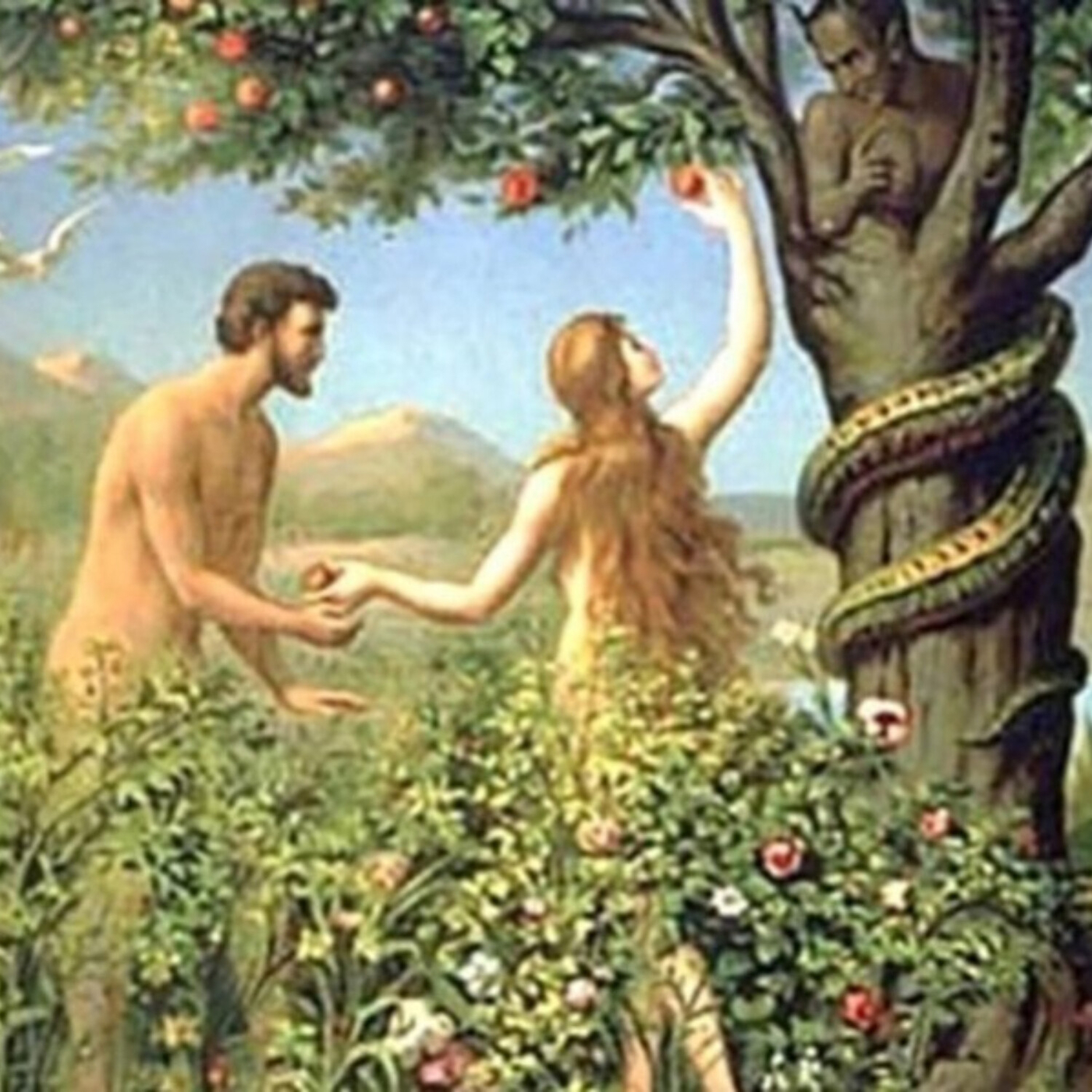 have a runny nose and a headache and you don’t have a runny nose and a headache. Diseases might give the doctors a set of ambiguous symptoms but rarely are they contradictory. But with trauma, and the way the professionals have chosen to describe it, they are covering all their bases.  You have it when you have it, and when you don’t have it, that is also a telltale sign that you have it. My parents served in World War II and rarely spoke about it when we were growing up. Did that mean they must have had trauma? In their old age, they did talk about it and some would say, yes, See!  they did have trauma, but my hunch is that talking about it caused the upset, not the history of it. They managed most of their adult lives not having to look back or go back. They fought a war to deliver us to a future, not to a therapy.

It seems to be spreading like the common cold because now, anyone can get it. If you are in a terrible car accident and barely survive, you are a likely candidate for PTSD and if I am your mother in law, just hearing about your accident, I too am a likely candidate for vicarious trauma. Like a pandemic, it can even cross generations meaning the Famine of of my Irish ancestors in Galway 1845 could be carried in the genes down to me 175 years later. Again, one cannot but help think this is one great metaphor that leapt from the book into the bed, masquerading as medicine. But just in case you were skeptical, they call these genes, ‘epigenetic markers.’ Who could doubt that? DNA adds to PTSD in this game of scrabble. 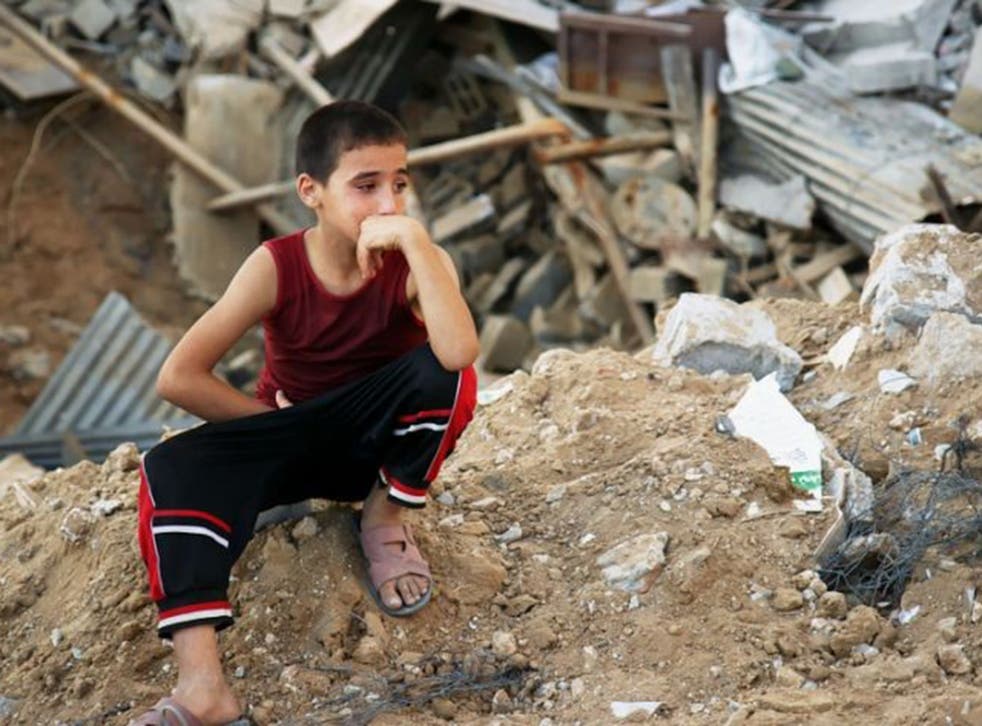 Where the absurdity reaches it’s fartherest boundaries is offering Post Traumatic Stress Disorder treatment to the children of a live war zone like Gaza. I recently attended a meeting hearing mostly Israeli and American experts tell us all about the plight of Gazan children. The Gazan specialists were quick to point out that there was nothing Post about this PTSD. It was current, ever present and ongoing. They also wanted to say that Gazans have family, faith and a history of endurance way beyond the scope of anyone not born there to understand. Gazans have seen off Napoleon and the Romans, and the Greeks and the Ottomans, and the British and the Egyptians, and eventually, the Israelis. Applying an American model of medical treatment derived from wars in Vietnam and Iraq, treating combat soldiers for their war wounds and their moral injury when they find themselves in an unjust war, or bombing and napalming innocent children, or torturing and waterboarding detainees whose only crime is being Muslim,  is not the same a treating children who are the innocent victims of these soldiers. I irreverently dared to ask, who needs the treatment, the children who survive the killing or those who do the killing in a culture that grants them impunity?

Yet, our experts were unfazed, as most experts are.  They insisted that they admired Gazans, and knew what Gazan children were going through, and knew how to heal them. Unless they were like the 11 children on their way to a trauma recovery group in May 2021 who were bombed and killed by the Israeli Occupation forces. That was not exactly a textbook termination of their treatment.

The wounds of the soul and psyche are real enough in their own domain. They 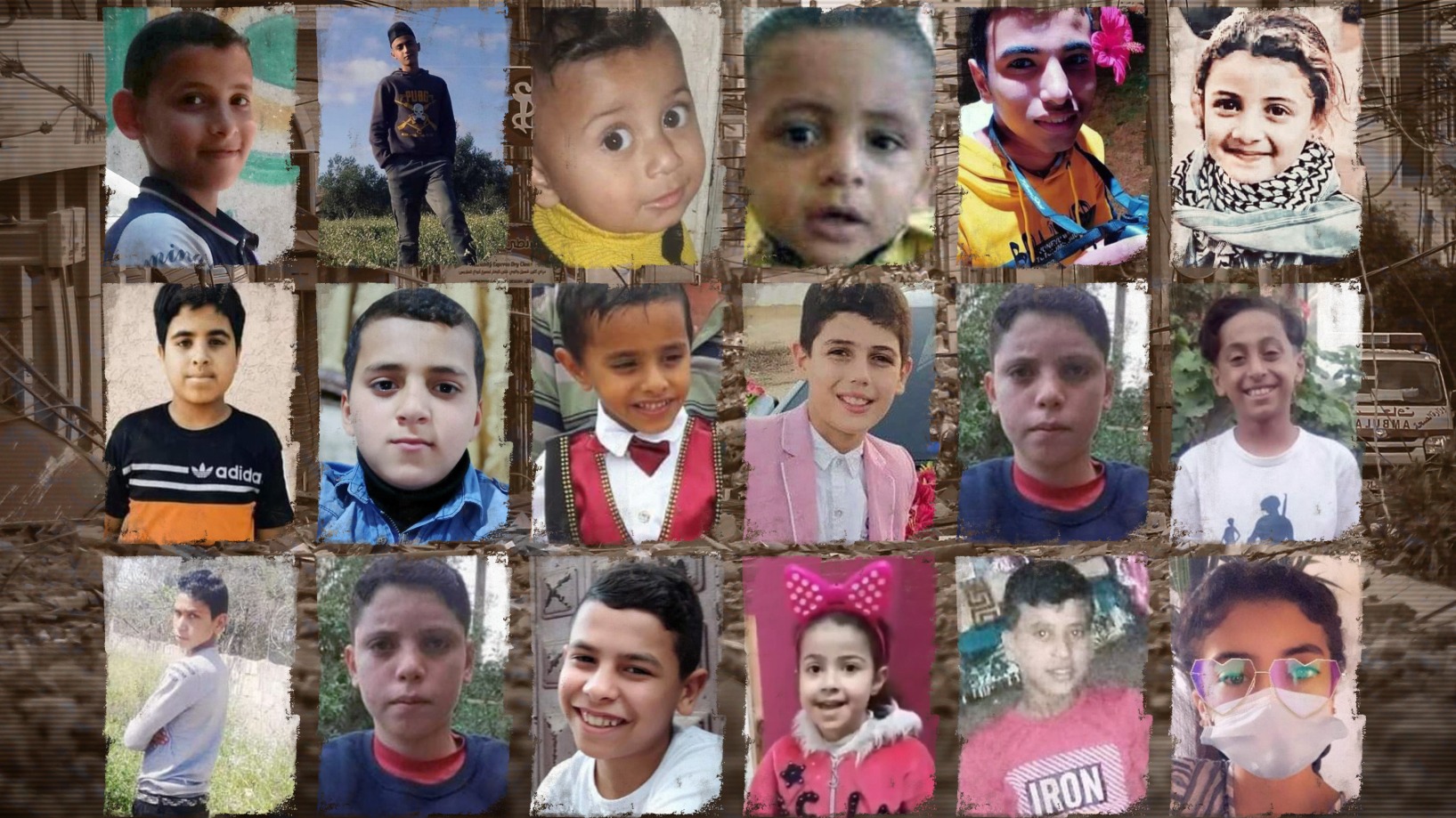 surely will manifest in physical symptoms but in ancient times, healing was done by the priest, the shaman, or the imam  and the tribal medicine man. It was never considered a purely medical problem. Suffering was seen as an unavoidable side effect of life’s effort and endurance. No one escapes life alive and no one can avoid suffering in one form or another. Buddha had some ideas on that.

But to make the wound, τραύμα  the Suffering the main focus, to give pain a second and third act, is to seriously distort the human journey as the story of an original “Fall in need of Redemption.” Even pessimist Christians grew tired of that when they created the sunny prosperity Gospel.  Trauma is an ideology that presents human beings to be essentially flawed and human life precarious. Humans are fragile flowers, so easily injured, physically, emotionally, morally and spiritually. No one escapes unscathed. No one is exempted. That flies in the face of a different understanding that is as ancient as Saint Irenaeus and as modern as Teilhard, that the glory of God is humans coming more fully alive. God told Adam and Eve not to go out and grieve but to Go out and Live, by the sweat of his brow. Suffering was not abnormal. It was the human condition. 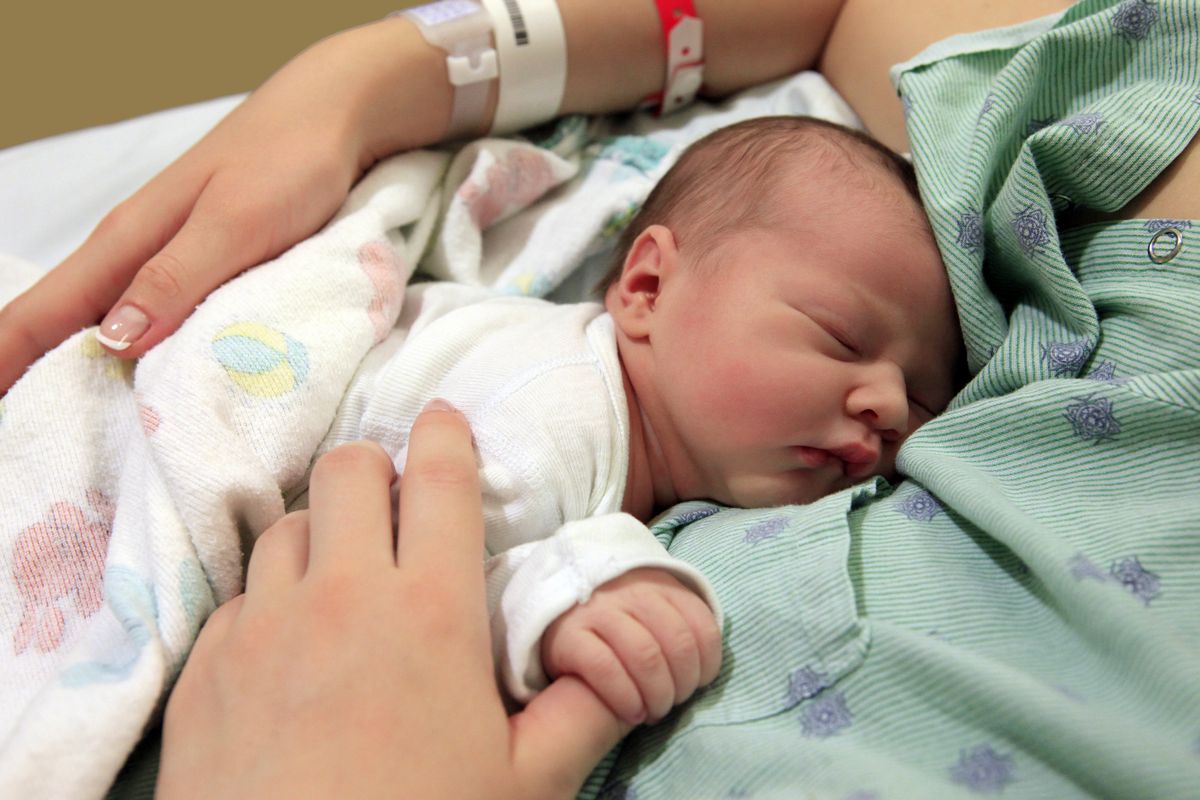 Trauma turns the world into a triage ward. All we have to boast of are our wounds, our scars. All we can share are our resentments, of what we are owed by those who abused us or abandoned us. Life isn’t fair. Who wants to go that party?

I think its time to take this great metaphor and return it back to Professor Caruth and other literary critics and professors who wrote the most informing books on it. None of them are clinicians.  Let’s put their work back on the shelf with Tolstoy and  Wordsworth and the other poets from where they  came.

Life is not all trauma or if it is, surely the greatest trauma we all survive is being born. Somehow most of us leave that primal scream of terror behind to hardly reference it, save for birthdays. And then, what do we say to honor that totally unprecedented and terrible “coming into the world” moment? We say Happy Birthday. That flash back is a hyper-vigilantly happy trigger to remind us that we are still alive. Hopefully we will live long enough to appreciate that we are indeed alive, and that if anything, trauma is what makes us want to savor it, not sour it. It does not have to break us.