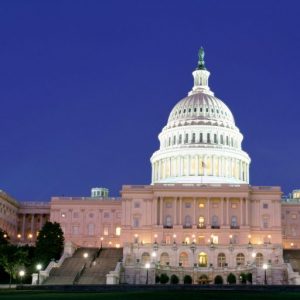 NSL is often described as a civil society initiative, or as a people to people grassroots program, or as an example of the CONTACT THEORY championed by American Psychologist Gordon Allport that argued that the way to break down prejudice is to have person to person contacts that humanize “the other.”

It can be explained in all of these terms but somehow, NSL always intended to be different. It did not want to be lumped in as “just another of those programs.”

If it is a civil society initiative, it is the initiative of the people of DC, Maryland and Virginia, Chevy Chase and Bethesda and Silver Spring and Vienna. It is not regional in its origin. It is closer to Takoma that to Tel Aviv. Closer to Rockville than Ramallah. That matters to the approach. The assumption that local in region efforts matter most is what NSL is challenging. Sometimes, getting out of the reality creates opportunities that were never possible at home. We learned that with Northern Ireland. Getting people out is not escape but the path to a more effective re-engagement.

Nor did NSL begin from a community that was passionately committed to the cause. Not at all. The community that founded NSL were recruited from the Irish and South African programs. Our ignorance was our chance to see it freshly. People warned us-“Its too complex- Stay away.” not realizing that sounded to us like an irresistible invitation.

While other programs come from people deeply invested and deeply concerned about Israel and/or Palestine, NSL started as a sharing of the Irish WIP model- stories, connection, Washington DC. It is called New Story Leadership for a reason, not the Washington Israel Palestine program.

In the last 8 years, NSL has been invited to play in this conflict territory, been suspected of motives, praised or criticized for its stand- but people have to be reminded again and again about what we are about- NSL is primarily an experiment in narrative method. Always was, always will be.

The conflict does not define our work. If it did, we are doomed because our method tells us that this is a monster story that consumes those who buy it. We don’t buy it. We feel we are dealing with people captive of a story that does not work. We are not going to subscribe. Our job is not to dive deeper into it- but get people to a different space and give them some distance. See it afresh. In narrative method, its called externalising the story.

If its an example of contact theory, then one would imagine that our efforts and all the other amazing NGO’s bringing the two sides together would together have built a measurable impact that shows up on the ground in Israel Palestine. What we see on the ground right now is a counter signal to all our efforts. Children in jail, attacks on innocent citizens, governments losing trust and credibility. It is not a picture one can boast about. it is hard to see hints of our work if it is contact theory.

NSL was, is and wants to be about stories. It wants to confront the deeper issues about power and meaning. NSL sees war as a contest of stories- and a battle over voice. All empires in history control the airwaves and who has a voice. They can enforce a view on their citizens because citizens know no better. Like fish caught in the ocean, Israeli and Palestinians do not get a chance to step out and take a longer view. An airfare is worth more than the trip if it can give someone a different view.

Change does not happen just because people learn to be nice to each other. As Frederick Douglas wrote, “Power concedes nothing without a demand. It never did and it never will.” NSL is about change. It is about leadership. It is about action. it is about a strategy that says, the old story is not working, the old leaders have trapped us into their own self serving game. How do we ignite a new story and how do we create a different generation of new leaders who know that leadership is built upon service?

So, what is the story of NSL?

Yes we are a local initiative, civil society at work- but in suburban Washington. It is an exercise of American democracy and American diplomacy that did not wait for the State Department and uses unofficial ambassadors for what is best in American hospitality and professioalism.

Yes, we are a people to people program that believes that people will not connect unless we dismantle the story of the “other” that alienates or threatens. We are not insisting Fellows become friends. All we insist is that they treat one another as human beings, with equal rights and equal dignity. If they unite about the future and around core human values, perhaps they can become allies.NSL creates a treaty of trust from a local community standing ready to support the new story.

Lastly, the contact theory that has been proven to work in post conflict situations does not fit exactly for a war zone. NSL does not believe that contact alone can change anything much. Sometimes, it can even make things worse.

No. The encounter that NSL creates between Israeli and Palestinian leaders is to invite them to create a different reality here, an alternative story. it may not be possible back in their region right now. It may be unfair to expect that. But as an experiment, what we want to prove is that given the right circumstances and the right conditions and the right support, that Palestinians and Israelis CAN get on, even famously and raucously and romantically. They can recognize how they are both victims of regimes that exploit them, lie to them cheat them of their chance. Given the once in a lifetime opportunity that NSL provides, this new generation has a chance to choose a different future than a repeat of the past.

If that is all NSL can do right now, OK, but we are in the business of creating dangerous memories. Once upon a time, when Israeli and Palestinians hated each other, killed each other, a small experiment happened in Washington DC every summer that proved conclusively that this enmity was not inevitable. Things could be different. It was a small start but the new story begins “Once upon a summer in Washington DC…”