The Christmas Story and Why it matters 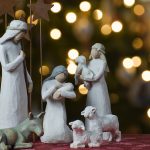 I have sent out the Happy Holiday greetings. I have wished all my diverse friends the generic blessing so as not to offend, not to be culturally blind to the fact that not everyone is celebrating the Christmas that I am.

I get that. But for me, something is lost because Christmas is such a stand alone feast. I want to say Happy Christmas and  have that be heard not as exclusive to my faith, but as a gift to all.  Christmas claims to be everyone’s story, whether you believe  in its creed or not.

THE DAY THE HUMAN STORY CHANGED

No one celebrates the birth of Buddha or Moses or the Prophet in this way. Not even the birth of Washington and Lincoln, though at least we get a holiday. Christmas as the day of Jesus’s birth in Bethlehem is the day that culturally changed the human story  forever because on that day,  the human story became part of the God story.  Of course, Christian orthodoxy will insist that this helpless child was the “Son of David”  “The Messiah”  “Second person of the Trinity” but  dogma kills the suspense.

BIRTH AND DEATH AND ALL IN BETWEEN

Birth is the original drama of human existence. We know  till modern times, 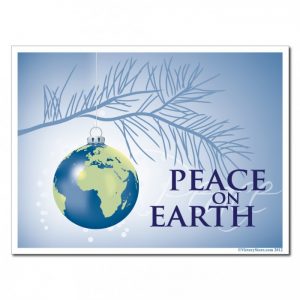 most babies didn’t make it past their first hours. This birth in Bethlehem is surely a  big deal to Mary and Joseph.  But Christmas insists that the birth into poverty and occupation  of a helpless child is a God-mattering and Earth-shattering moment. Fast forward 33 years and it is an ignominious death that comes into focus, and that too will be just as God- Worrying, and Earth-Bothering and ultimately God-Revealing.

The theologians of the Eastern Church always insisted that Christmas and Calvary were a two way street– that god becomes human so that humans could become part of god, “divinized”  caught up in shared glory. Sin was never meant to define humanity.  This marks  a dramatic change in how to  read the world.

GOD AS PART OF THE HUMAN STORY

The deity has been part of the human story from as far back as we have records. Though they seem primitive,  they show how humans have always had these intimations of some force that felt divine. 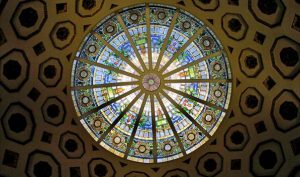 Mind you, their gods did not seem to care much for humans. He would destroy them in a rage or on a whim. The Greek gods seem to delight in confounding human hubris. Even the later major religions insisted that man is not god, and that when she thinks she is, banishment or Babel happens, or the Great Flood. The role of humans was to worship,  obey and submit.  Christmas is the story that changed all that.

HUMANS ARE PART OF THE GOD STORY

With Christmas,  the human experience from birth to death, is now caught up in the divine story. A human being born poor and under Roman occupation, to an undeclared father and a embattled teenage mother matters- as it has never mattered before. Christianity more than any other faith insists on immanence, on creation as a force of incarnation- spirit becoming flesh. Life is no blind accident. Birth and parenting and childhood and all the other familiar Christmas stories, the animals getting the front row seats,  the three wise kings from the East and their gifts, the poor shepherds hearing the angels sing- Herod’s murderous rage against the innocents, the refugee family forced into Egypt- these are not told as folk tales but as scripture- core to gods story. they happen in the life of god.

THE THREAT OF A NEW WORLD 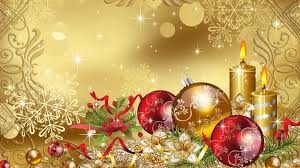 him off that this child would overturn his kingdom.  The weak will upend the strong, the carpenter’s son will teach the elders in the Temple, the angels will appear to poor shepherds, the star will be followed by three foreign kings from the East, a woman will be  the god-bearer.  The world suddenly seemed to be spinning on a new axis. Herod was right to be worried.

HOW POWER SEES THE WORLD 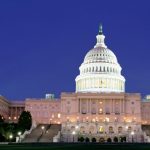 Then as now, the world seen through the eyes of power, from the terrace of a Palace or from the porch of the White House,  is seen from the top down.  Freedom and prosperity are supposed to flow “magnificently and  beneficently” downhill from there- or more usually they  trickle down to their subjects.

The world seen through the eyes of a baby born in a manger is bottom up.  Grace is luck, surprise, and indiscriminate, like the rain that falls on the just and the unjust. 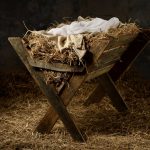 Imperial  power is an illusion.  God comes in the form of helplessness. Later it was what Jesus preached, but it was the story of his birth too. Blessed are the poor, the downtrodden, the occupied, the peacemakers, those who mourn, those who hunger for the day of justice.

Mary and Joseph, summoned by the Empire of  Caesar Augustus, had  to show up at Bethlehem Social Security office  for a census, so they and the rest of the world could pay taxes.  Unwittingly this Christmas week,  Congress seems intent on playing their own part in the Christmas Pantomine with their  Christmas present of Less Taxes for everyone, especially the  rich.  But their Nativity play stopped there.  The 3 foreign Kings were stopped at the Mexican border because of the Muslim ban, their gold, frankincense, and myrrh seized- and Balthazar, king of the Arabs was arrested for carrying drugs. The poor  shepherds, losing their health care,  were too poor and sick to even travel through the checkpoints of occupation to get to Bethlehem. A teenager the same age as Mary dared to resist a  modern day Roman soldier and her home was raided and she has been imprisoned. Herod is still at large.

No matter the rulers of the day,  at this Christmas, plenitudes of Josephs and Marys  will be travelling on the refugee roads of occupation, under threat,  starving, exhausted, hoping for a place of shelter to finally give birth to a new and better life.  Armed with this Christmas story  telling them they matter too, they surely will pilgrim on, demanding in the name of God that we pay them respect. Peace on earth depends on that. 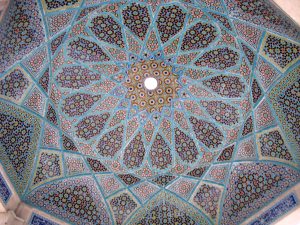 Christmas  remains this most dangerous of memories-and the most amazing blessing to offer anyone.  On this special day, a baby, helpless, and startled and under threat, was born into occupation, the same as any Bethlehem baby born today. But this baby and this birth and this family matters, just as every baby and every  birth and every  family -from now on- matters. Christ is born.  There is divinity hidden within our frail human purposes. The god of disguise is this god in diapers 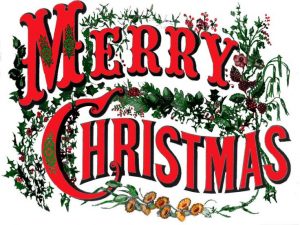