The Story of Impeachment -a sign of the President’s Impairment 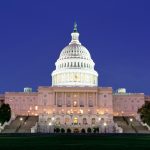 A story needs surprise– that uncertainty about ” what comes next” that drives any drama forward and keeps us as on the edge of our seats.

Recent commentators in the “Washington Post” are  saying this current impeachment proceedings lacks surprise. At least  compared to the halycon  days of Watergate, when we had hidden tapes and John Dean’s testimony and the smoking gun. Watergate  unravelled as it unfolded such that one week we knew so much more than we thought we knew the week before. The commentators makes a good point. No surprise, no story. So do we even have a story with this process?

In the current proceedings, we know the President invited Russia to hack Hillary’s email- he said it in his campaign, and he pressured Ukraine’s new leader to investigate the Bidens. We don’t need a tape to reveal all of that, and we don’t need a staffer to spill the beans. No, says the pundit, we have the story, and it will be broadcast but not get the ratings.

But not so fast. The story that lulls us into feeling “No Surprise here” is weighted to ring the changes in the end. Just when you thought it was all over….. You can hear the music swell with menace. Jaws is not dead. Jack the Ripper is still ripping. 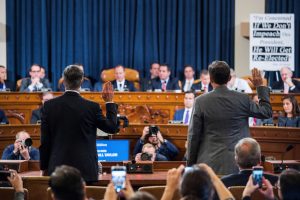 The story with no surprise, even on day one, delivered something new.  We learned that an ambassador can call the President on the Cell phone from a Kyiv restaurant, not on a secure line, and that the President can be shouting so loud that the staffers in the space can clearly hear what the President is asking and saying.

And we learn that this is not just happenstance but ONE DAY after the famous July 25th phone call, the day after the Mueller report that was investigating the President’s collusion with Russia to interfere with an American election. Perhaps that is the surprise that is not a surprise, but it was new. It did advance the narrative.

On Friday, the former Ambassador to Ukraine testified. Most of her testimony had already been released. What could possibly happen that was new? Try a Presidential tweet right in the middle of the hearing, one that Chairman Schiff could ask Ambassador Yovanovitch about and its intention to intimidate. What is predictable about any Trump narrative is how unpredictable it will be.

President Trump is something of an expert on how to drive the national narrative, and to drive the media into a twitter feeding frenzy, but he is forgetting something here. He is withholding documents and he is banning staffers to testify and he is not allowing the State Department to release key memos. All that adds to the unfolding and the possible unravelling. And if he loses his cool and lashes out, he will confirm the conviction that the Congress is trying to prove.

If a person has nothing to hide, he usually does not bother to hide it. Or if there is evidence that might turn the tide, the advice is always to get it all out there. This ensures that if there is to be a big surprise, have it at the start so people are used to it. They get over it.  But to risk the mystery of new revelations, or documents and witnesses that will expand the story of the meddling and the bribing, that will risk the story ending up exactly at the opposite end of where the President wants it. 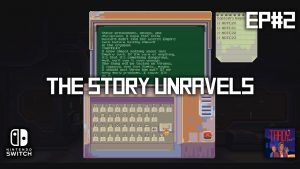 An impeachment process has a narrative design. It has a map of how meaning is going to move. If all the evidence is out there, it will go around in circles rather than forward. But the cover up, as we know from history, ends up being the mortal sin. What is covered shall be uncovered. Secrecy drives the quest to find out.

For a President usually  so smart with stories- which he calls fake news- for him to be so dumb is for him to risk his peaches becoming his pears.