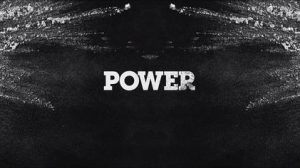 The narrative approach does not see the world as solid and unmoving but as a dynamic system of meaning making, always in flux: forming- reforming, forcing and re-enforcing, dissolving and solving and resolving and contradicting. Communication is the polite term we use for creative misunderstanding. The fact we can understand one another is a complex feat of the mind.

Yet through the power of stories, meaning coheres long enough over time for words to enjoy stable meanings and for stories to be told and retold. They create and recreate the world. In the Bible, the book of Genesis tells us how the world came to be as “God said let there be light…. and there was light.” The world literally came out of God’s mouth, meaning that the story made the world from the start. God did not trip over a world and make up a word for it. He made up a word for it and that word brought it into being, like any good story.

When it comes to a war and violent conflict, people pursue their ends because they are purposeful actors and reactors. Israel and Palestine have been at war for 70 years because it makes sense. We often term horrible acts as “senseless violence” which means it makes no sense to us, but it made sense to the perpetrator. That’s for sure, Regardless of what our view on the rights and wrongs of Israel Palestine, we have to first understand that it makes sense- And then, we have to explore how it makes sense, not only to us, but to the actors and the stories that have created and recreated their reality to have meaning.

When we grasp what some of those stories are and how this dynamic system of meaning making works, we see how power works as a function of meaning. It gives rise to Rule No. 4, “What we give meaning to, we give power to.”

We grow up thinking that God and Country and Family have inherent meaning, and that they are what they mean. Then with experience, we start to realize that life calls us to be agents of our own meaning. We can decide what God means for us, or what nation means. “Consent of the governed” which is at the heart of democracy is a contract over agreed meaning.

Powers the rule over us want us to inhabit a world that we will not challenge. They want us to believe that “this is the way things are.” Its natural to give your life defending your country, its only right to shun the enemy, its always been us versus them, they have always hated us, and the government is the only protector of our rights. We face not just a threat but an existential threat.

These are all stories that only have power if we donate our meaning to them. We give them value. The revolution begins when people expose the lies, the stories that are pure prejudice and propaganda. Then the story falls apart.

In Northern Ireland, during the height of the Troubles, the mothers who were mourning the loss of their husbands and kids to sectarian violence decided that death for the glory of their people was plain stupid. They led a revolt. Change happened not because people came to a reasoned conclusion or compromise but because people took back their power. They determined that tragedy was not their business.

When it comes to NSL and the intense engagement that 5 Palestinians and 5 Israelis experience over the summer, this is an important rule. It reminds them that they live inside stories that are not working so well for the ends they want. The occupation that matters is not between the Jordan and the sea, but what occupies the space between one’s ears.

If one gives power to a story that promotes and justifies violence or uses your victim history as the defense for policies that replicate the victim history for another people, then the battleground is meaning-and what stories count. We are called to examine our role as listeners and interpreters and what we do to sustain a system that kills.

What stories do we need to create and give meaning to, that will gather enough power to create change? That is our quest. What we give meaning to, we give power to. We may not control what happens to us, but at least this much- the meaning we give it- is up to us.