New Book- “Our Stories Rise Up- Remembering as Resilience” 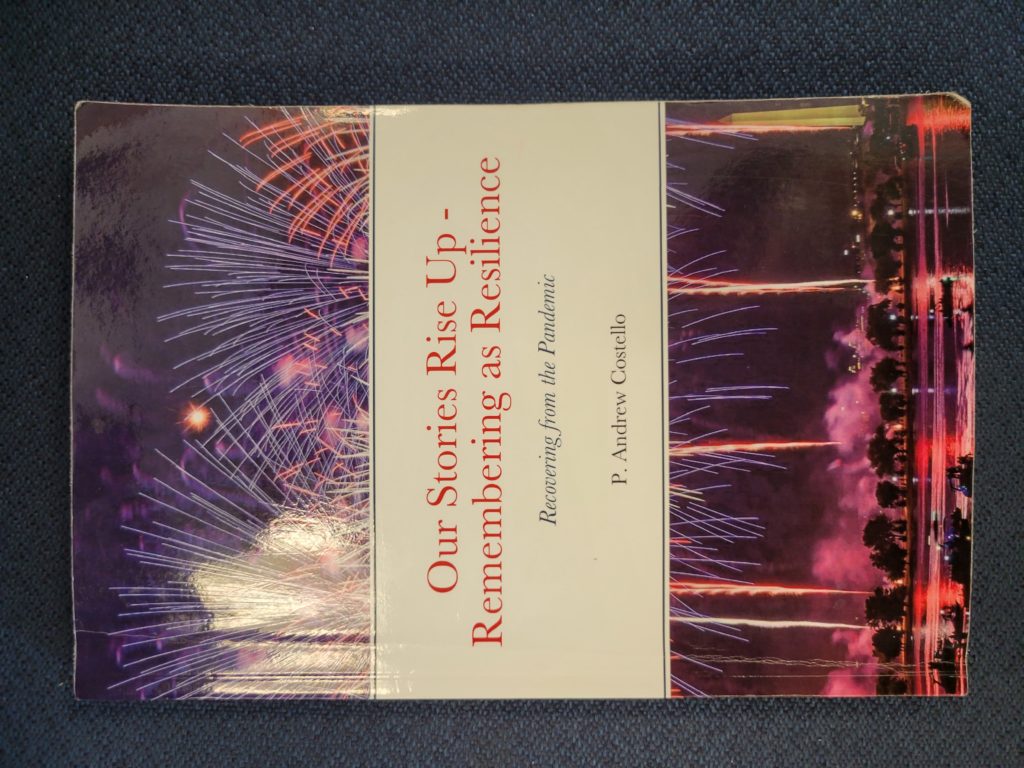 We are thrilled to announce that on May 18th, at the AmeriCorps Training Conference in Burlington VT, Storywise will launch a new book inspired by our AmeriCorps members, and prompted by the pandemic challenge and how it changed our years of service.

The book is full of personal stories that testify to the impact of AmeriCorps service during the shutdown, and to the role that memory plays in giving us much needed resources for resilience in the future. Now that we are slowly coming out of the crisis, the book argues that we must not forget, nor let our students forget.

When COVID19 shut down the school system in March 2020, we all presumed it was a precautionary measure, and that our leaders were wanting to be more sure than sorry. No one expected it to last for over a year or more, least of all the kids!

Our Project CHANGE program serves the students of the local school district, so if kids were not coming to school, they were also not coming to after-school programs that our members also helped to run.

What did COVID mean for members still committed to serve? It meant we had to adapt and recognize that needs did not suddenly go away because students were not showing up. In fact, it meant that the kids who relied on school for their primary social or adult support were going to be in greater danger of dropping out. So if the needs did not change but the access to meeting them did, what were we to do?

First, we told everyone to stay in the story of service. If for a time, that meant looking around your own neighborhood, then reach out to anyone isolated and alone. Include your families and your friends. Stay serving no matter what. The book relates the impact that had on Maria and her one elderly next door neighbor, someone she did not know till the crisis.

Second, we met weekly on ZOOM to be sure that every member had a chance to share their experiences and to share any frustrations or problems. We did not presume that this was going to be business as usual. The situation was dramatically different, and we needed to acknowledge that and establish a different set of expectations. Hearing each other out meant that the members did not feel so alone. Also, the meetings established some benchmarks to measure what was emerging, what was changing and how we ourselves were changing in our efforts. Some meetings, everyone was just exhausted and others, we were silly and a but irreverent. There was a cycle to how we showed up.

We mapped that journey in terms of Beginning, Middle and Ending, and we share these maps in the book. At each phase, we asked the magic question of “What do we know from here that we did know from there that, put into action, will help us get through this?” The path ahead was unknown and that meant we had to seize the learning on offer.

Third, we gave permission for members to innovate, to get creative. We invented a Phone App to support student SEL needs but the school’s internet system could only see its problems with permissions and not possibilities. Meanwhile, most members battled with security blocks on their having access to virtual Classrooms. These administrative obstacles to serving students was proof enough that large organizations did not know how to cope, except to become more risk averse. AmeriCorps members did not have to be trapped in that institutional inertia. We could become a rapid response team, making sure we could adapt to the changing climate of needs. And this is exactly what members did.

One member, a former teacher, decided she would produce her own educational materials and broadcast them on her own YouTube channel. The audience were kindergarten kids so the challenge was huge, but kids got used to the fun in what became Aunty Genean’s Room. Teachers relied on her materials.

Another member more used to a teaching support role, realized that food security was a huge issue for many of her students and a large part of her service became delivering food. Another member developed a hydroponics tower system for families to use to grow their own vegetables at home.

Another member signed on to a school district 3000 miles away on the West coast, where their teacher shortage was acute and where, using ZOOM, they could take advantage of our extra support. It was not exactly what our mission envisaged, but AmeriCorps members’ DNA is to serve. If the local system could not use their talents, then others would. Bureaucracy is built for permissions in normal times. In an emergency, one has to be ruled by need.

In reviewing the two years of service during the Plague Year, Project CHANGE director got to thinking about how to honor the struggle and the success of the students we had served and the members who had served them. This is what prompted the idea that to make something positive out of the pain requires committing to a conscious way of remembering it all. One tangible way to do that was to write a book about it, featuring some of the stories.


Our Stories Rise Up is a testimony to how we “Made it Through” and that even if this coming Fall and Winter, the pandemic will return, we need to close this chapter at least. That is what the book suggests, to declare an ‘Ending’, stage “Comeback Parties” to witness that we got through, and write letters of gratitude to those who helped us the most to get through it. These are some of the methods that AmeriCorps used and they are user friendly, for parents and kids and teachers.

The book warns us that the future relies on how well we remember because in the face of the death and the suffering and the loss of so much, memory is ultimately a decision we make in the face of death’s forgetting, by deciding what it is we want to keep alive.