NSL # Rule No.7 “Stories can imprison, paralyze or empower. Once we wake up to how we create our own captivity, we will seek freedom.” 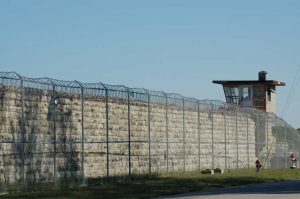 We find ourselves in a story that explains how little choice we have- we elaborate the problem at length- that we are occupied or we are plagued with corruption and we have no economy, or, we have always been hated and persecuted by the world and we are surrounded by enemies. Its a story script we all know so well.

After we tell it, we have made our plight visible, and thereby rendered ourselves even more helpless.

The facts may be true but notice HOW we have chosen to tell them. We may suffer from some horrible misfortune but when we tell the story this way, we end up re-victimizing ourselves. The indigenous people of Australia know stories- and they believe you have to know how to tell your stories in ways that make you stronger. Whenever we tell to win sympathy, we are inviting witnesses to our helplessness.

What if the Jewish people with such a history of loss and tragedy, and the Palestinian people who suffer occupation and oppression, learn to tell their stories in a different way? Victim stories and blame stories populate the war story system and keep it alive. if the war game is about killing people and destroying things, then one needs a regular diet of hatred. War cannot survive without that. But NSL’s method is to challenge the system by starving it, refusing to be an audience to these stories of division. NSL Fellows are invited to DC not to rehash the old story but explore new territory.

That does not mean that one escapes to fantasy. Rather it is to suggest that suffering does not have to be always explained by finding fault. The Buddhist tradition acknowledges that all humans suffer and that it is meant to bring us together, not tear us apart. The sufferings of the jewish people cannot be denied and to this day, communities face renewed outbreaks of hatred and anti-semitism. That is no reason to defend a state policy of occupation and degradation of another people. The humiliation of the Palestinian people, denied their freedom and their basic human rights cannot be papered over with cliches. It is their reality. But that is no reason for them to believe that violence or perpetual victimhood is their only path to liberation.

The quest for freedom and security is seen by policy makers as a matter or armies and resources and defense capability. However, in the narrative analysis it all boils down to meaning. It is the stories we keep telling ourselves and defending to others that imprison us in the status quo.

Our stories that profess how much we want change are the reason why we have no change. We are trapped until we decide we need a new story, and begin to experiment with what that might look like. As one alumni said at our conference back in 2014 in Jerusalem, the first step in trying to solve the Middle East conflict is to stop trying to solve it. The solution is the problem. There has to be another way, and we have to find it.